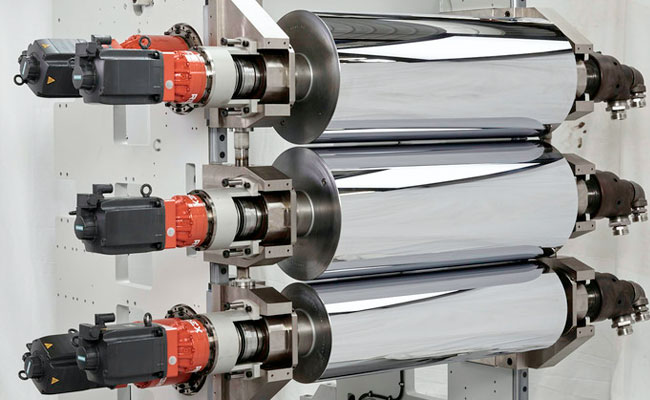 Troisdorf, April 25, 2017 | The 31st edition of Chinaplas to be held in Guangzhou from May 16-19, 2017 is expected to attract more than 3,300 exhibitors and 140,000 visitors from around the world. Also represented will be the team of Reifenhäuser Cast Sheet Coating. The experts for machinery and lines for the production of cast films and sheets want to be as successful at Chinaplas as they were at the K show in Düsseldorf. "We are looking forward with keen excitement to Chinaplas where we will be presenting our innovative line components to the Chinese and South Asian markets, says Philip Neumann, sales director at Cast Sheet Coating.

The company has consistently expanded and modernized its portfolio of line components. Visitors to Chinaplas will gain an insight into the complete spectrum of Reifenhäuser CSC offerings. A special feature presented for the first time at K 2016 will be showcased again: The REIcofeed 2.2 feedblock. Sales director Philip Neumann explains: "Our new feedblock model type must not be missed out at Chinaplas. The entirely positive feedback of our customers at K and after K proves us right: this technological solution for the production of barrier films is impressive, especially in terms of efficiency.“

With the REIcofeed 2.x feedblock the layer structure can be controlled and influenced while the production is running. The coextrusion feedblock enables film structures of up to eleven or more layers to be optimally adjusted with the line in operation. In addition, its efficiency can be significantly improved by the integration of a new small element: It allows the encapsulation of a multi-layer film inside the feedblock to avoid the need for an additional encapsulation device in the flat die and the use of an additional extruder – a space-conserving solution and a plus point in terms of efficiency. Film producers can use less energy and raw materials. "That is the distinct advantage, we can score with at our customers“, adds Philip Neumann.

"We are confident to get the same positive feedback at Chinaplas as we got at K. The recent plastics show in Düsseldorf was very successful for Reifenhäuser Cast Sheet Coating, says Philip Neumann, and he adds: "We had an outstanding number of discussions that were more than promising. "Handshakes“ were followed by firm orders because of our uniquely positioned technologies that convince our customers." For example an Asian customer who purchased a 5300 mm wide cast film line for the production of CPP film. Two lines of this design have already been successfully installed in Europe - including our own cast film die and our own REItruder RZE90 twin-screw extruder used as main extruder.

Since the K exhibition the CSC team has also sold several lines of complete new inline design for the production of, for example, drinking cups. Philip Neumann explains: "This line concept meets exactly the demands of our customers since the highspeed extruder is even more compact and requires less footprint than before“. Equally successful was the mechatronic polishing stack of the MIREX MT-H model type for PS/PP thermoforming applications exhibited at the K show. CSC has sold several complete lines featuring reduced changing times and the ability to be used for clean room production - a unique selling proposition that is increasingly being demanded by end users of food packaging.

“Asia and especially China are setting new trends in films and the related line technologies. For that reason, customer feedback on our latest developments is extremely important to us. In addition, we want to take the opportunity to discuss with our customers about new products and the steps needed to develop them”, says Philip Neumann.

Reifenhäuser Cast Sheet Coating will be present at the Chinaplas jointly with Reifenhäuser China and the Reifenhäuser subsidiaries Blown Film and Reiloy in Hall 5.1, Booth A61.